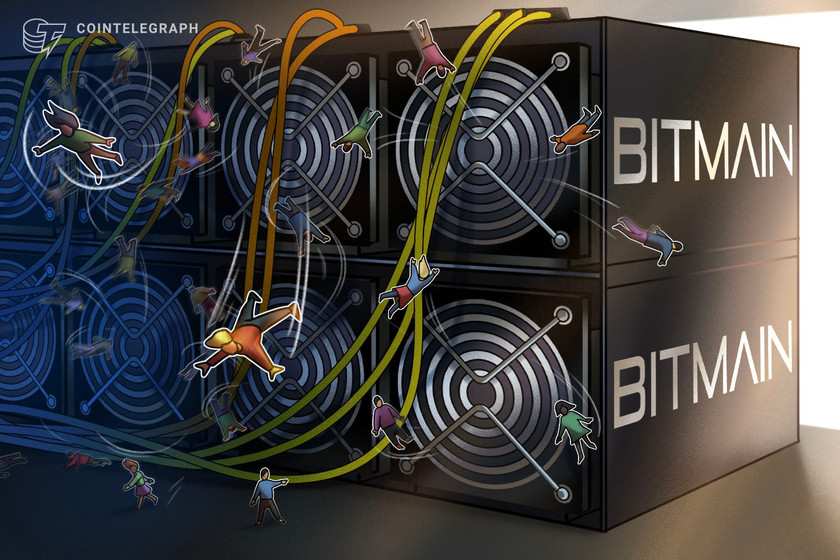 Gryphon has doled out $48 million to buy Bitmain’s latest Bitcoin mining hardware set for release in the summer.

According to a release issued on Thursday, the entire outlay for the mining inventory amounts to about $48 million. Starting in August 2021, Bitmain will deliver 600 mining rigs to Gryphon each month as part of the deal.

The Antminer S19J Pro is the latest iteration of Bitmain’s Bitcoin mining hardware slated for release into the market this summer. According to the release, each rig offers 100 terahashes per second (TH/s) hash rate capacity with an energy efficiency ratio of 29.5 joules per terahash (J/TH). With 7,200 of these machines in tow, Gryphon will theoretically see its hashing power increase by a factor of 720 petahash per second (PH/s)

Achieving a hashing capacity of 720 PH/s — or 0.72 EH/s — will put Gryphon in the top 15 Bitcoin miners by hash rate distribution according to data from BTC.com. Such a milestone could be an added achievement for the American Bitcoin miner as it sets out to achieve 100% renewable energy-based operations.

Back in June, Brittany Kaiser, chair of the company’s board of directors, told Cointelegraph that the company’s electricity source was 100% renewable. Kaiser also revealed that Gryphon will receive its ESG rating upon the launch of its mining hardware in August.

Crypto mining has come under increased scrutiny in recent months over energy consumption. Earlier in July, the Bitcoin Mining Council estimated that the global Bitcoin mining industry was running on a 56% renewable energy supply.

As previously reported by Cointelegraph, data from the Cambridge Bitcoin Electricity Consumption Index has shown that BTC’s electricity consumption is down almost 60% from the highs recorded in mid-May.

This decline is most likely due to Chinese miners going offline following a sweeping crackdown from the authorities in the country. Several establishments have been forced to relocate their hardware overseas.