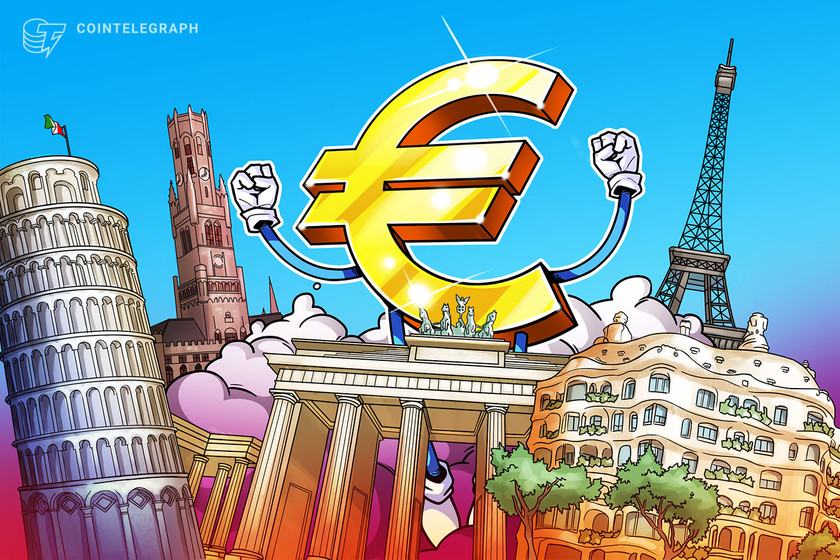 Europe knows it will have to embrace a digital euro soon. To become a global digital leader and avoid dependence on American and Asian technological infrastructures, European policymakers and regulators have to make progressive decisions.

The European Union’s Regulation of Markets in Crypto-assets, or MiCA, aims to be a comprehensive regulatory framework for crypto assets, including stablecoins. Its current scope is in flux as the European Parliament and member state governments wrestle with draft texts that bring some legal certainty, potentially at the price of considerable complexity. As a result, issuing stablecoins in Europe could well end up requiring a banking license, which favors established (and not necessarily hugely innovative) financial players. Indeed, the overall regulatory burden from MiCA could be very costly, and those with considerable administrative resources would be most able to comply, namely big banks and Big Tech.

This is not to say that regulators should simply stop what they’re doing, as we need to mitigate risks and minimize negative externalities at every level. However, European citizens and businesses will want to fully participate in the global digital economy and are going to demand access to instruments like stablecoins, almost regardless of regulatory nuances. Citizens will expect consumer-friendly payment solutions that safeguard their privacy, and businesses will need programmable money to modernize and expand. None of them should be driven toward non-EU solutions or exchanges, often unregulated and without consumer protections, simply because European regulations inadvertently stifled home-grown European innovation and solutions.

While Europe frets and works on its plans, stablecoins are already central to the world’s digital economy, driving innovation, expansion and growth. And unsurprisingly, today’s leading stablecoins are pegged to the U.S. dollar. Every day, more than $100 billion is digitally transacted through protocols such as Tether (USDT) or USD Coin (USDC); the daily volume of equivalent euro transactions is close to zero.

Essentially, today’s stablecoin projects facilitate the global dollarization of the blockchain ecosystem by seamlessly and frictionlessly distributing America’s currency around the world. The same could be achieved with a widespread digital euro, if we could just get it started, of course.

The digital economy of the future will be characterized by a growing diversity of business models and use cases. It will require multiple payment systems and solutions, involving digital currencies running on multiple infrastructures, which will coexist and be complementary. Europe must recognize not only the importance of the digital euro for the future of the European economy but also the need for different types of a digital euro. Ideally, this should include not only a euro central bank digital currency (CBDC) but also separate, euro-referenced stablecoins and other modes.

To achieve global digital leadership, Europe needs a diverse, competitive digital ecosystem. This will enable the emergence of homegrown solutions capable of competing with global giants and nimble innovators from both East and West. Regulatory requirements need to be balanced and proportionate for all participants, and should not negatively affect startups, grassroots innovators and smaller companies. Maintaining a genuine level playing field is important for fostering the dynamic digital development that Europe needs, and overly strict or punitive regulatory frameworks will only reinforce existing oligopolies in tech and finance.

The European Union is a huge, highly developed economic bloc with immense digital potential, but becoming a world-leading digital economy is not a foregone conclusion. The wrong political and regulatory choices in Europe will not stop innovation and investment in stablecoins and other distributed ledger infrastructure and solutions, it would just move them out of the EU and deter them from coming back.

The EU is at a pivotal point. MiCA will be a benchmark regulation for other jurisdictions, either to be followed or avoided. Europe needs to be a catalyst for digital currencies, not an inhibitor, and it needs to support diverse digital euro solutions if it is going to retain geopolitical and technological relevance. If Europe can move past a narrow and defensive view and take a broader look at stablecoins that reflects the realities of their diverse structures, economic functions, technological designs and governance requirements, then it can become a leader in the global digital economy of the future.

This article was co-authored by Agata Ferreira, Robert Kopitsch and Philipp Sander.

The views, thoughts and opinions expressed here are the authors’ alone and do not necessarily reflect or represent the views and opinions of Cointelegraph.

This article is for general information purposes and is not intended to be and should not be taken as legal advice.

Agata Ferreira is an assistant professor at the Warsaw University of Technology and a guest professor at a number of other academic institutions. She studied law in four different jurisdictions, under common and civil law systems. Agata practiced law in the U.K. financial sector for over a decade in a leading law firm and in an investment bank. She is a member of a panel of experts at the EU Blockchain Observatory and Forum and a member of an advisory council of Blockchain for Europe.
Robert Kopitsch is the founder of Blockchain for Europe and has acted as secretary-general since its foundation in 2018. Simultaneously, Robert serves in Brussels as APCO’s European Financial Services, FinTech and Blockchain lead. Prior to joining APCO, Robert worked for the Austrian Ministry of Finance and the Wirtschaftsrat Deutschland in Vienna, as well as in the European Parliament and the EU office of Raiffeisen Bank International in Brussels.
Philipp Sandner founded the Frankfurt School Blockchain Center (FSBC). From 2018 to 2020, he was ranked as one of the “top 30” economists by the Frankfurter Allgemeine Zeitung (FAZ), a major newspaper in Germany. Since 2017, he has been a member of the FinTech Council of the Federal Ministry of Finance in Germany. He is also on the Board of Directors of Blockchain Founders Group, a Liechtenstein-based venture capital company focusing on blockchain startups.

Biological evolution should inform how humans design markets
The future of finance is DeFi intelligence
Trustless bridges may be the key to blockchain interoperability
Inside the blockchain developer’s mind: What is a testnet?
The United States will become the global crypto and blockchain leader
Post Views: 152