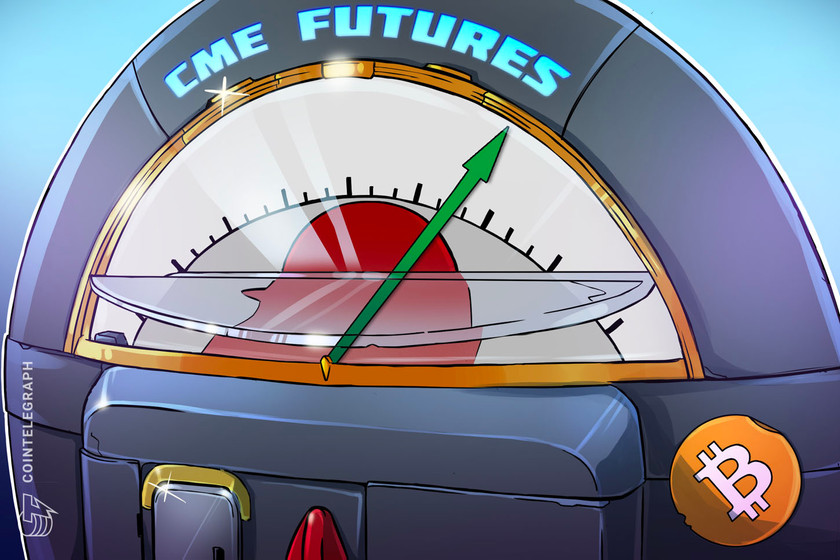 Denominated at 0.1 BTC, the micro contract is one-tenth the size of one Bitcoin. By comparison, CME’s main Bitcoin futures contract unit is 5 BTC.

“We’ve seen more institutional volume than we anticipated, which shows that the timing was right for a smaller bitcoin contract,” said Brooks Dudley, the global head of digital assets at ED&F Man Capital Markets.

Institutions have reduced their long-term exposure to Bitcoin and other cryptocurrencies during the latest correction, with outflows totaling $79 million last week, according to CoinShares data. In the case of BTC, newly liquidated coins are being scooped up by long-term holders who remain convinced in the long-term prospects of their investment.

More activity in the derivatives market suggests traders are hedging their positions, speculating on the short-term directional movement of Bitcoin or both. Although derivatives trading has increased institutional exposure to Bitcoin, it has also become a source of stress for spot holders. As Cointelegraph reported, Friday’s $6 billion in Bitcoin and Ether (ETH) expiries created considerable friction in the market, with some traders expecting extreme volatility.

High volatility was reported in the latter half of the week, with the BTC price falling 13.6% peak-to-trough between June 24-26.